I absolutely love Halloween. While I’m not alone in this sentiment, I’d like to be a bit more specific. I love to travel around Halloween and find unique activities to encounter. Last year, I was in Japan for Halloween and purposely scheduled my time in Tokyo to start on October 31st to experience a Tokyo Disneyland Halloween. Let’s just say I’m happy with my decision and due to that, had a very happy Halloween…Mickey style!

Currently, the information on this site should only be used as future travel inspiration. Also, this post contains affiliate links. At no additional cost to you, I may earn a small commission if you book or purchase through these links. You can read my full disclosure policy here.

For the purposes of this article, I am only writing about my own personal experience geared for “older kids” (ahem…adults) at Tokyo Disneyland. I didn’t visit Tokyo DisneySea so I can’t comment on that experience. I do hear that the main difference is while Disneyland is geared more for children, DisneySea operates on both an adult and child level. Keep this in mind relevant to the ages of your party as you plan your experience.

Both parks feature their seasonal Halloween events in the months of September and October. Visitors can make an entire day of it with the 1-Day Passport or opt to celebrate Halloween after the sun sets as we did with the After 6 Passport. While there are restrictions with the After 6 Passport, there are alternatives as well. See the tip box below and always check the park calendar as restrictions and validity can change as fast as the wind in Iceland. If you’ve been to Iceland, you know what I’m talking about and have already laughed!

We tried purchasing tickets to this event prior to traveling to Japan. However, we were unable to do so. In 2016, online reservations made with cards issued outside of Japan were no longer accepted. This was updated in early 2019 to accept foreign cards but still came with a warning that some wouldn’t work. My friend and I each tried two different types of cards with no luck.

For these reasons, we purchased the tickets onsite and our cards worked fine at the park, in the park, and everywhere else in Japan. Please note, if you purchase the After 6 Passport, you will not be able to enter the park until 6 pm. As a reference, we purchased tickets by 5:30 pm and lines had already formed.

Getting to Tokyo Disneyland Halloween

The best, most economical way to get to Tokyo Disneyland is via train…especially if you have Japan Rail Passes. Take the JR Keiyo Line/Musashino Line and get off at the Maihama Station. For perspective, Tokyo Disneyland is located outside the city center approximately half-way between the Haneda and Narita Airports. Time-wise it takes around 15 minutes to arrive from Tokyo Station.

If you have a Day Passport or a Multi-Day Passport, you will have enough time to get in all that you wish to do. However, if you are visiting on the Starlight Passport or the After 6 Passport (as we were), you will most likely have to make choices due to long lines and limited time. Because of this, I have highlighted the top attractions below for focus.

Most Popular: Cinderella’s Castle & The Parade

Everyone wants to see Cinderella’s Castle especially those who have seen it at any of the other Disney parks. Unfortunately, like a lot of other landmarks in Japan at the time, it was under construction to prepare for the influx of tourists that the 2020 Olympics would bring in. Sadly, the games were put on hold.

Not to burst anyone’s bubble but while the scaffolding was delightfully artistic, the castle itself was the same size as it is in the other Disneylands I’ve visited…small. Having grown up relatively close to Disney World, none of the other castles can compare to its size.

The Happy Halloween Harvest Parade is the nightly highlight of the fall season. Even so, we made the choice to take advantage of the parade’s attendance to avoid the insanely long lines at the Haunted Mansion. If you have kids though (you know, the younger ones), the parade will be an event not to miss!

I can’t tell you how giddy I was when it was finally our time to ride the escalator to the interior of the unknown. Okay, so it was known as it was the interior of Space Mountain but just go with it. 😉 It had been a hot minute since I had last ridden my favorite ride and I was quite excited!

While we waited for our FastPass timeslots for the ride in space, we headed over to our second all-time favorite ride, It’s A Small World. Don’t tell me you won’t be singing that in your head for the next 5 hours…you’re welcome! Hey, I’m right there with you singing as it took longer for me to write this article than it will for you to read it! So, checkmate! 🙂

We excitedly made our way down to the boarding area and boarded the boat for our quick ride around the world.

We definitely felt welcome and I’m happy to report that our experience was a positive one just like it is at all of the other Disney parks. It’s a small world, after all! See what I did there? A bit much? Okay, duly noted.

This last room before exiting is believed to be representing all cultures coming together as one small world. I personally love this and I love the cool, calming colors chosen. Worldwide peace is something for which we can never stop striving.

ありがとうございました Mickey and Minnie and さようなら!!

Translation: Thank you very much, Mickey and Minnie, and good-bye (sayōnara)!

As you approach the entrance, it seems to be all Halloween…

but upon entering you find this is obviously not a Halloween-only kind of attraction!

If any of this looks somewhat familiar, you aren’t seeing things…or ARE you? The Haunted Mansion Holiday Nightmare is very Tim Burton and based on a take of Burton’s The Nightmare Before Christmas!

While the experience is in Japanese, there were no issues understanding what was going on even if you’ve never seen it before.

This might have been my favorite display. I was mesmerized by the creativity, bright colors, and unique design.

Arguably the best time to visit Tokyo Disneyland, the Halloween and Christmas events are the most popular of the entire year. During this time, you can have your cake and eat it too!

Admittedly, we didn’t make time for quality dining and since it’s Disney, it would depend on your idea of quality. I do know there are places with good food and I hear Tokyo Disneyland might even be a step above. However, I’m usually all about Mickey Mouse ears ice cream and getting to the rides!

We stopped in at Plazma Ray’s which is a newer counter-service restaurant located in Tomorrowland. Due to its convenient location to Space Mountain, we ducked in for a quick dinner while awaiting our FastPass timeslots.

We chose the Japanese-style dish that oddly enough came with fries. As expected, it was pretty good but not sure it was worth the price.

The cookie though was all kinds of different and cool. I’m not sure which I enjoyed more…eating it or trying to figure it out!

During the Halloween events for September and October, you can wear Disney-friendly costumes. We saw several of these as you can see Belle above. We briefly thought about bringing the light, packable costumes we wore to Mickey’s Not So Scary Halloween Party at Disneyland in California.

However, once we discovered that only Disney-friendly costumes are allowed, I changed my plans to wear this feminine pumpkin t-shirt and paired it with a lightweight long-sleeved shirt underneath.

And that’s how we, ahem, “older kids” enjoyed Tokyo Disneyland Halloween in the most budget-friendly and time-efficient way possible. Whether you have kids or you ARE the kids, this is a great way to spend Halloween in Japan!

Where is the most fun destination you’ve spent Halloween? Have you experienced a Tokyo Disneyland Halloween? If so, what tips would you add? 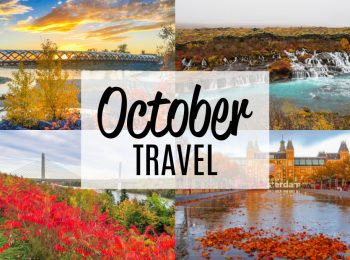 I’m so excited to have won Honorable Mention in

This website uses cookies to improve your user experience. Some of these cookies are categorized as necessary and are stored on your browser because they are essential to make the basic functionalities of this website work. We also use third-party cookies that help us analyze and understand how you use this website. These cookies will be stored on your browser only with your consent. You have the option to opt-out of these cookies but doing so may affect your browsing experience. For more information, please see our Disclosure & Privacy Policy.
Necessary Always Enabled
Necessary cookies are absolutely essential for the website to function properly. This category only includes cookies that ensures basic functionalities and security features of the website. These cookies do not store any personal information.
Non-necessary
Any cookies that may not be particularly necessary for the website to function and is used specifically to collect user personal data via analytics, ads, other embedded contents are termed as non-necessary cookies. It is mandatory to procure user consent prior to running these cookies on your website.
SAVE & ACCEPT