This post contains affiliate links. At no additional cost to you, I may earn a small commission if you make a purchase through these links. You can read my full disclosure policy here.

I love exploring National Parks here in the US. Although I’ve been to several in my lifetime, I only recently (in the past few years) began to develop a true appreciation for them. Yellowstone is obviously an iconic park and so I was really excited to see it! Grand Teton is basically next door. A two-in-one sounded convenient. But, deciding when to go was a little tricky. We weren’t sure when the best time to visit Yellowstone was. We settled on late spring before the peak season started and it was perfect!

So, what made it perfect? Well, a combination of a few things really.

To begin with, it was the first week of June which is the week prior to the start of the high season. Not everything was even open for operation yet.

Probably my favorite reason, the bears were out of hibernation and their cubs had recently been born so the chance to (hopefully) see them was exciting!

The crowds. Guys, the crowds at Yellowstone are unreal. I can’t imagine what peak season is like and I don’t want to know. I’ll just be thankful for my late-spring/preseason crowds!

And my second favorite reason, the weather was awesome. It was nice most days, but chilly sometimes and this is perfect for me. I am from the South. ANYTIME (and I do mean a.n.y.t.i.m.e) I can avoid heat and humidity, it’s a great day!

The cost. Prices aren’t super cheap, but they aren’t the ridiculously high prices of peak season. And, we wanted amenities like wifi and hot showers. The included breakfast and free parking were bonuses. All that plus location is what made our hotel a perfect place to stay!

If you are a camper, you can save even more money. Campers should check out this guide to camping in Yellowstone.

Now you know the reasons, so let’s get to the important part. The photos!

I knew flying into West Yellowstone, Montana meant a small airport, but picking up my luggage this way was a first for me!


Now onto the photos you really want to see!

By far, Yellowstone’s most popular and well-known attraction is Old Faithful. It was later afternoon on the day we arrived, so we decided to check out Old Faith at sunset and it was really pretty!

Thanks to a 24-hour webcam you can get prediction times (except when the visitor’s center is closed twice during the winter) and watch Old Faithful erupt from wherever you are!

The Grand Canyon of Yellowstone is sometimes referred to as the most breathtaking sight in Yellowstone. While I don’t agree with this because, for me, the geothermals took that honor, I was very impressed with the canyon.

The canyon is about 24 miles long, 4,000 feet wide and 1,200 feet deep. Here are views from two different spots. In the distance in the right photo, you can see the iconic Lower Falls.

The Lower Falls are pretty impressive and powerful. You are able to walk down and get pretty close to them.

My favorite part of Lower Falls was its colors. They were beautiful!

To me, the best feature of Mammoth Terraces is Palette Spring. There are many other things to see here though such as the Liberty Cap, Devil’s Thumb and also the Main and Upper Terraces.

Yellowstone Lake is the largest freshwater lake above 7,000 feet in North America. It’s 20 miles long and 14 miles wide and maintains an average year-round temperature of only 41 degrees. Needless to say, swimming isn’t recommended.


For this reason, I decided I had to at least stand in the lake. Since the lake thaws in late May/early June and well, it was the first week in June, I’m not quite sure it was even 41 degrees! It was SO cold! I’m highly surprised I lasted long enough to wade out there and get the photo!

The 45th Parallel runs right through Yellowstone. It’s the halfway point between the Equator and the North Pole! Technically, because of the Earth’s spherical shape, it’s a little north of this point, but don’t let that ruin the fun!

You can see this Continental Divide sign on the Grand Loop Road at Craig Pass. Isa Lake, the small lake nearby, straddles the Divide and drains into both the Atlantic and the Pacific Oceans.

Be sure to stay a good distance from all wildlife. With the exception of the car photos, all photos below were taken from at least 30 yards away.

Sometimes they cross the road right in front of or behind your car. Expect at some point while you are visiting Yellowstone to get held up by bison!

Their babies had recently been born too!

Also, elk are quite common.

They can be found eating, standing right by your car at twilight as you are held up (by bison), crossing the road, or crossing a river.

Actually, we found this Pronghorn in Grand Teton, but they can be found in Yellowstone too. Those eyes!!

One of the most exciting moments of the trip was getting to see this mama grizzly and her cub.

We even got to see her feeding her cub! It’s hard to see in this photo because the tree got in the way and there were a lot of people around. A ranger was present to keep anyone from doing something stupid like trying to get closer.

We saw this mama black bear too. You don’t see her cubs with her because she put them up in a tree to babysit while she ate and napped! Smart!

We did get to see the cubs but they were pretty high up. There were a couple of rangers present here because there were so many people and mom was not too far from the road.

I know what you’re thinking. Squirrels. Big deal. I have those here at home. And yes, you probably do, but…

Do your squirrels at home do this? Because the ones at my house don’t! This little guy was so playful. To be clear, we were picnicking in the park and he wanted to share my lunch. But as we were leaving, I was trying to get his picture and so he stood up and posed! Too cute!

There are countless places in both parks to watch the sunset. This one is from Grand Teton at Jackson Lake.

And this one was taken while we were inching our way out of Yellowstone one night!

On one of the days, we went to Grand Teton National Park. If you don’t have much time, it makes a great day trip from Yellowstone.

The colors are all so vibrant in late spring!

Jackson Lake is a must-see during the day or at sunset.

The geothermal pools are all very interesting and must-sees!

Grand Prismatic was definitely my favorite. I had never seen anything like it before!

It looked like a giant, multi-colored sunshine on the ground complete with rays!

I couldn’t get over the vivid colors and that they were natural! By far the best thing I saw in Yellowstone!

While I was standing up on a bench, gawking at Grand Prismatic, I kept hearing a camera clicking. No one was up here on the bench with me so where was it coming from? I could NOT figure it out until…

I looked down and was greeted with this. To my surprise, the camera was pointed at me.

Me. WHY??? Grand Prismatic is right behind you!

Not only was she taking photos of me, but she was checking EACH one of them too! I was both confused and amused!


Thinking I would just play along so we could both get back to Grand Prismatic, I smiled at her camera and posed.

Wrong choice. She motioned for me to keep looking up (she didn’t speak English). She wanted to take a photo of me looking in the distance. But, without Grand Prismatic. Because it was behind her.

It was so weird! The only thing I can come up with is that I had on a tie-dye dress that had the colors of Grand Prismatic in it. It actually looked like someone had swirled the colors together. Maybe that was her focus? I don’t know. I got back to my business and she snapped away and then smiled up at me when she was done. Alrighty, then!

See why it was a great time to go? I would love to go again one day and this is the time I would pick for my second visit because it’s the only time of the year with the perfect combination of all five of these reasons!

Have you been to Yellowstone? What time of year did you go and what did you like best about it? 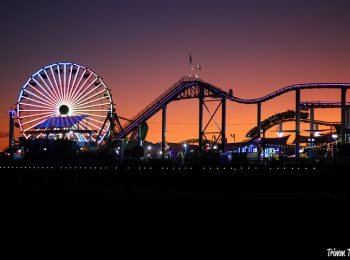 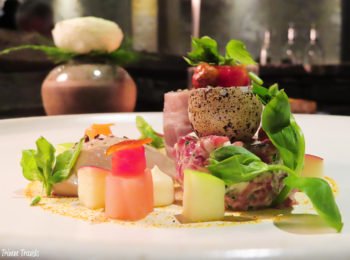 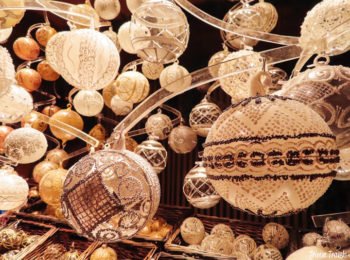 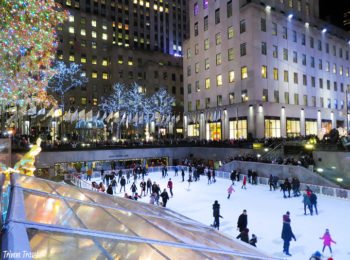 Vienna is one of the prettiest cities I’ve ever

One of the many views I enjoyed in Santorini, Gree

This website uses cookies to give you the best possible user experience. You can find out more about which cookies we use or switch them off in settings. By scrolling, clicking a link or continuing to browse otherwise, you agree to the use of cookies. See our full Disclosure & Privacy Policy.

Strictly Necessary Cookies should be enabled at all times so that we can save your preferences for cookie settings.